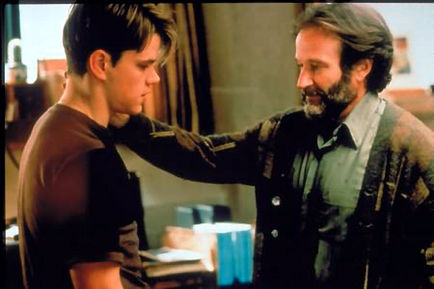 Thursday’s match-up was brutal. Like many others following the game, I found myself full of bitter regret. For me, it was James Jones. For others, it could have been Randall Cobb, Jay Cutler, Brandon Marshall, Jermichael Finley – abysmal performances from the lot of them. The entire night was a bit of a train wreck for both sides, but luckily it ended with an eventual winner.

Unfortunately, that winner wasn`t you if you had any one of the above-mentioned players in your starting line-up. A perfect storm of multiple interceptions, mistimed routes, dropped passes, impressive defense, and the Chicago O-Line laying down a welcome mat for the Green Bay secondary resulted in some staggering fantasy lines.

END_OF_DOCUMENT_TOKEN_TO_BE_REPLACED

Like millions of fantasy football fans on Tuesday morning, I loaded up Yahoo to check my league’s results. I noticed new “Recap” links beside every game result in the “Scoreboard” box. Clicking through out of curiousity, I was blown away by this new feature and jokingly posted this on Twitter:

END_OF_DOCUMENT_TOKEN_TO_BE_REPLACED

8 Things We Learned from the Cowboys vs Giants Opener

The long awaited NFL season kicked off last night with a divisional matchup with several fantasy implications. Here are eight things I think I think (big Peter King fan here) about the Cowboys 24-17 victory over the Giants in New York:

END_OF_DOCUMENT_TOKEN_TO_BE_REPLACED

But how do these players transition to the NFL? And more importantly for us fantasy nerds, do they rack up the fantasy points?

Here are the career and annual fantasy stats of the last five Heisman winners (2007 to 2011):

END_OF_DOCUMENT_TOKEN_TO_BE_REPLACED

Drafts are in full swing, so we’ve updated the rankings and projections on both tabs of the fantasy football spreadsheet.

If you’ve played fantasy football for several years, you may have seen a similar scenario to this play out chronologically:

As your league gets more advanced and each manager is more invested through their time, entry fees and closer friendships, eventually you will have to learn a whole different animal – IDP players. END_OF_DOCUMENT_TOKEN_TO_BE_REPLACED

Be prepared on your draft day. I’ve been in pay pools for seven years now and have tweaked these spreadsheets into the versions you see now.

The second spreadsheet I swear by on draft day. There are online tools popping up for this sort of thing, but I always find myself going back to a trusty excel spreadsheet. This one works great for offline drafts too, so print them out!

Why share them now? Because sharing is caring. Enjoy. Any constructive feedback is appreciated!

Take me to the free fantasy football spreadsheets!

Rookies can have a big impact on your team, especially in contrast to how late you can grab them in your league draft. You’re not always going to get a Cam Newton, but a player you can rely on for your bye-week or when one of your starters goes down with injury is certainly hiding among the newcomers of the 2012-2013 season.

Who among the new draft class will prove to be a force in their first season and what can you expect from them? Here’s a look at a few of 2011’s notable rookies, their typical fantasy results, as well as their class of 2012 counterparts.

END_OF_DOCUMENT_TOKEN_TO_BE_REPLACED

No Comments.
Page 4 of 512345
Signup to our email list and get notified when the FantasyCube spreadsheets are updated!